Historians are quite certain that coffee beans (actually "pits") were first eaten, not drunk, in Ethiopia, West Africa, around 575 A.D. There are several legends on how coffee was actually first discovered.

The most popular story takes place in the foothills of Yemen in 850 A.D. It is said that a goat herder named Kaldi discovered that his goats were eating the leaves and berries from an unknown tree with cherry-like fruit. After a full meal the goats became full of pep and energy. Some even say that they were dancing. Kaldi suspected that the intoxication was caused by the berry the goats were eating. He tried the berry himself and found that he too was suddenly energetic. Soon a monk noticed Kaldi's vigor and asked the goatherder what caused it. Kaldi told him about the plant and the monk picked the berries and brought them back to the monastery where the monks used them to stay awake for late night prayer and study. Another story tells of a man condemned by his enemies to wander the desert and eventually die of starvation. In his delirium, the young man heard a voice instructing him to eat the fruit from a nearby coffee tree. Confused, he tried to soften the beans in water, and when this failed, he simply drank the liquid. Interpreting his survival and energy as a sign of God, he returned to his people, spreading the faith and the recipe.

While these stories are surely fiction, historians do agree on the following:

East African tribes would grind the coffee cherries together, mixing the results into a paste with animal fat. Rolled into little balls, the mixture was said to give warriors much-needed energy for battle. Later, around the year 1000 AD, Ethiopians concocted a type of wine from coffee berries, fermenting the dried beans in water. Coffee also grew naturally on the Arabian Peninsula, and it was there, during the 11thcentury that coffee was first developed into a hot drink. The so-called stimulating properties of coffee were thought by many during these ancient times to give a sort of religious ecstasy, and the drink earned a very mystical sort of reputation, shrouded in secrecy and associated with priests and doctors.

In 980 A.D., the great Arab scholar, Avicenna, praised coffee for its medicinal value, saying that it cured everything from earaches to eye strain to liver problems. The Hebrew edition of his greatest work, the Canon of Medicine, was published in Naples in 1491 and an Arabic edition in Rome in 1593.

In the 11thcentury in Mecca, a Muslim ruler, Sheik Abdul Hasan Schadhedi, boiled his Ethiopian coffee in magic water from a free-flowing well, separated the brew from the pit, roasted the pit, crushed it, mixed it with some boiled water, and gave it to townspeople who were sick with an unknown illness. The people were cured, and Sheik Schadhedi became a well-known physician.

The cultivation of coffee began sometime in the 15thcentury, and for many centuries to follow, the Yemen province of Arabia was the world's primary source of coffee. The demand for coffee in the Near East was very high. The beans leaving the Yemeni port of Mocha for trade with Alexandria and Constantinople were highly guarded. In fact, no fertile plants were allowed to leave the country. Despite the restrictions, Muslim pilgrims from across the globe during their pilgrimages to Mecca managed to smuggle coffee plants back to their homelands, and coffee crops soon took root in India. The first Middle Eastern coffee houses opened in the 14thcentury in present-day Yemen, Mecca, Damascus and Istanbul.

Ruling on behalf of the Sultan of Cairo, the governor of Mecca banned coffee in 1511, saying, "In coffeehouses men and women meet and play violins and chess, and do other things contrary to our sacred laws." Then he banned coffee completely. The Sultan ultimately realized that the governor banned coffee because "it stimulated the common customer of coffee houses to discuss the wrongdoings of [the governor.]” So he repealed the ban, discovered the corruption of the governor and had him put to death. 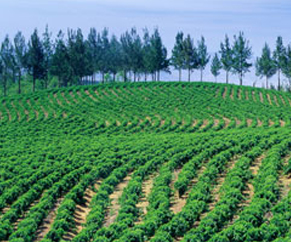 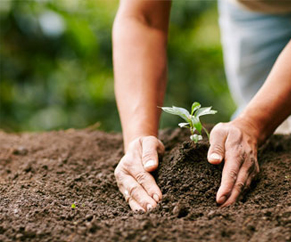 Coffee also made its way into Europe

Coffee also made its way into Europe around this time through the city of Venice, where fleets traded perfumes, teas, dyes and fabrics with Arabic merchants along the Spice Route. The beverage eventually gained popularity with the masses when street lemonade vendors began selling it in addition to cold beverages. Many European merchants grew accustomed to drinking coffee overseas and brought it back with them. In 1594, Pope Clement VIII blessed coffee that was brought to Italy.

In 1600, a Muslim pilgrim from India named Baba Budan secretly stole seven coffee seeds and planted them in Southern India.

Jacob, a Jewish immigrant, founded the first coffee house in Oxford, England, in 1637. The young thinkers of the university crowded in each night for this exotic beverage. Thus was launched the Royal Society. Three years later, the coffee house came to London. A Greek Egyptian named Pasqua Rossee, with funding from a merchant named Daniel Edwards, opened the Jamaica Coffee House around St. Michael's Church in Cornwall, near today's Thread Needle Street.

Coffee houses provided opportunities for people to rediscover the art of conversation. It was also in the coffee houses where the "tip" was begun - to insure promptness. Famous coffee houses in this area included Jonathan's, The Cocoa Tree and Lloyd’s Coffee House on Tower Street, which eventually developed into the great insurance exchange Lloyd's of London.

France's original coffee house opened in 1644 in the port of Marseilles, which welcomed sailors from all over North Africa.

The Dutch helped to spread coffee throughout the world, as well. When they took Ceylon from the Portuguese in 1656, they planted coffee there - and it grew very well. Exploring further, the Dutch moved into the East Indies, also a hospitable climate for growing coffee.

By 1683, the armies of the Ottoman Empire had conquered all of Eastern Europe. Led by Kara Mustapha, 300,000 Turks laid siege on Vienna. Georg Kolschitzky, a Pole, disguised himself and infiltrated the Turkish army camp. He provided enough intelligence for the Austrians to defeat the Turks, and was offered a reward for his services. He asked only for the coffee sacks that the fleeing Turks had left behind - sacks that contained hundreds of pounds of green coffee. With this reward, he opened the first coffee house in Vienna.

In the Dutch colony of Indonesia, the government claimed the land for coffee, and harvested the first crop in Java-man in 1690.

The Dutch then brought coffee to America, opening the first coffee house in New York in 1697. Later that year, "Ye Coffee House" opened in Philadelphia.

A Dutch merchant presented a coffee tree to King Louis XIV in 1713. The tree had been transported from Yemen to Java to Holland, then overland to Paris. The king planted the tree in the Jardin des Plantes.

Gabriel Malheu, a young Martinique soldier, wanted one of King Louis' coffee trees because he believed it would grow beautifully in Martinique's soil. So he seduced a lady of the King's court. She helped him steal three coffee plants, which he shipped off in glass cases. As soon as 1724, he was able to distribute two pounds of coffee seeds to priests, doctors and plantation owners for sowing. In three years, he wrote to a friend that his island had millions of coffee trees.

The first coffee house opened in Berlin in 1721. 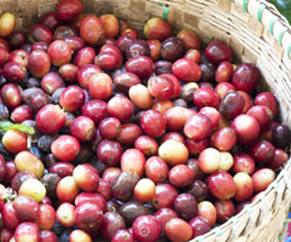 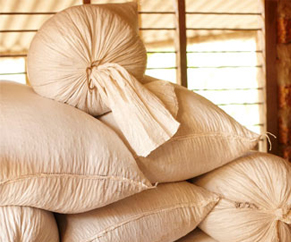 Now the world's largest coffee producer—by way of an illicit affair. The Brazilian emperor to France sent his best friend, a Lieutenant Colonel, to act as arbitrator in a border dispute in Guyana between the French and the Dutch. The Lt. Colonel happily solved the dispute. During the negotiations, he stayed at the home of the French Governor of Guyana—and had an affair with the Governor's wife! She, in turn, presented the Lt. Colonel with gifts for his favors—among them a coffee plant. He returned to Rio de Janeiro and planted the tree, which quickly spread into Brazil's interior in every direction.

Father Vasquez, a Jesuit priest, took coffee to Colombia in 1758.

The United States, began as a nation of tea drinkers, soon turned against their custom and embraced the coffee that was coming into their ports. The Boston Tea Party didn't hurt coffee's chances to become one of the nation's favorite beverages.

By the beginning of the 19th century, the Dutch were harvesting coffee in the East Indies, West Indies and Ceylon. The Brazilians were sending coffee to the New World and Europe. The Spanish were taking coffee from neighboring South and Central American countries.
At first, the British didn't care, but soon realized coffee was becoming an important commodity. They planted coffee in their colonies of Kenya and Uganda.

The first pump coffee percolator was invented in France in 1827.

An English chemist living in Guatemala launched the discovery of soluble coffee in 1906, when he noticed powdery deposits collecting on the spout of his coffee pot. He set about producing them on a large scale, and was marketing his Red E coffee three years later. Other patented brands quickly followed.

In 1908, a German homemaker, Melitta Bentz, grew tired of the bitter taste and sediment in her coffee. She brewed it using the method of the day—wrapping loose coffee grounds in a cloth and boiling the cloth in water. So she found a brass cup and punched holes in its bottom, fitted a piece of her son's blotting paper over the holes, placed fresh ground coffee on the paper and filled the cup with hot water, just off the boil. It worked perfectly - she got a flavorful, sweet, clean cup of coffee—and the Melitta Company was born. Melitta Bentz worked continually to improve this simple method of filtered coffee making, and is recognized today as the inventor of the cone filtration system—still considered a superior method of brewing coffee.